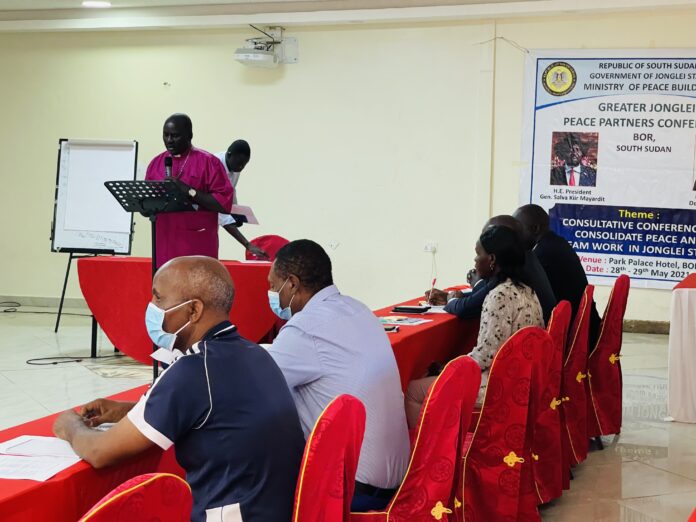 As a continuous means to analysis the recurring and escalating situation of inter-ethnic conflicts between the Lou Nuer, Dinka Bor and the Murle in Greater Jonglei State, South Sudan Council of Churches with support from Norwegian Church Aid, partnered up with the Ministry of Peace building Jonglei State to organized a two-day Peace partner Conference.

The Conference was organized specifically to mobilized peace partners to support the grassroots peace initiative in Greater Jonglei, Identified the drivers to the conflicts and produce peace resolutions with strengthened full engagement of peace promotion of those who carry moral authority within all the Jonglei communities, including church leaders, chiefs, elders, women leaders, and youth leaders.

Two years down the road, following the signing of peace agreement by the worrying parties, peace in Jonglei State remains elusive, despite attempts by the government, the international community, the Church and other national institutions to address the protracted violence. This is not surprising given that these efforts have been greatly driven by multiple and conflicting agendas that lacks strategic vision and seldom reflective of local perspectives.

The peace conference that was conducted in Bor Town brought together about 30 Peace organizations and different stakeholders.