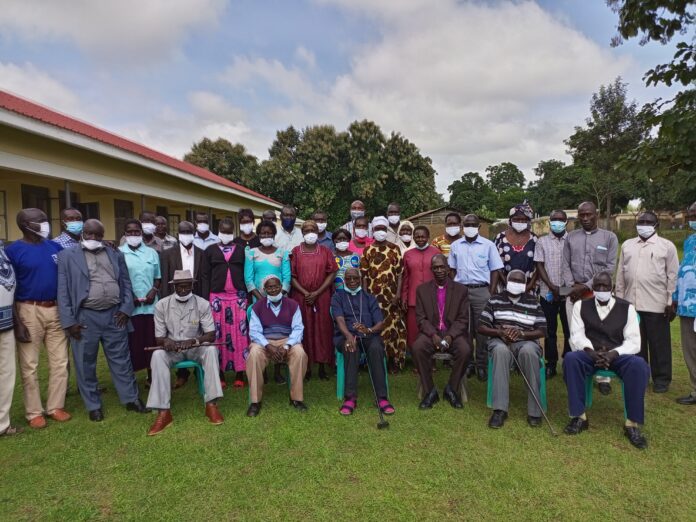 Under the theme “God has given us this task for reconciling people to him” (2 Cor 5:17-25) and with Support from PAX, the South Sudan Council of churches conducted a three (3) day training on reconciliation and understanding the effects of trauma.

This training was aimed at analyzing and identifying the hotspot area of potential conflict in Yei, creating awareness in trauma healing, trauma management, forgiveness and training the South Sudan Council of Churches members churches, South Sudan Islamic Council, government officials, the paramount Chief of Yei River County among others and the Inter-church Committee from the five (5) member churches on meditation skills and its process.

During the training members acknowledged several challenges included among others, insecurity, drug abuse, Early marriage, tribalism, communities living in Yei experiencing series of rape and murder cases affecting women and girls, increase level of depression and trauma among women and youth, their disappointment over the killing of their loved one who either slaughtered, poisoned or shot in their presence thus increasing the level of trauma and depression among the women and youths, adding that all political leaders and the organized forces need to be involved in some of these trainings for them to get the answers they have been seeking for.