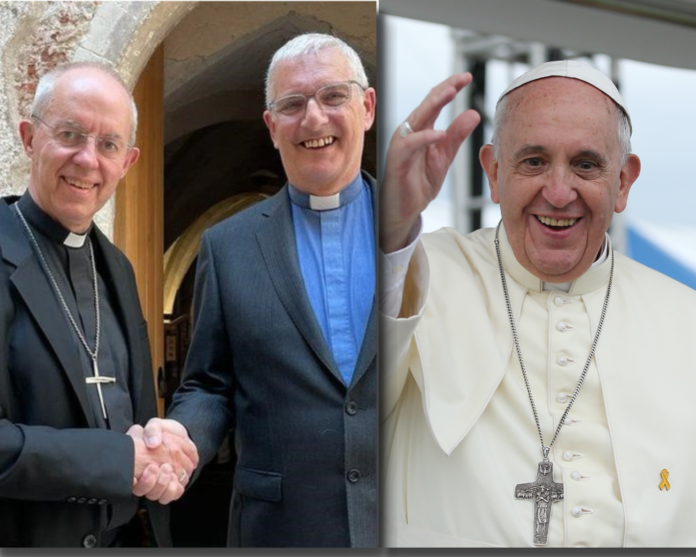 Pope Francis has rescheduled his long-awaited visit to South Sudan from Feb 3rd to 5th, 2023.

During a press conference at the South Sudan Council of Churches Secretariate in Juba, the Apostolic Nunciature (Holy See-Vatican Embassy) in South Sudan announced that the Papal will make the announced Apostolic Journey to the Democratic Republic of Congo from Jan 31st to Feb 3rd, 2023, visiting Kinshasa, together with the Archbishop of Canterbury and the Moderator of the General Assembly of the Church of Scotland, His Holiness Pope Francis will proceed with Ecumenical Pilgrimage of Peace to Juba, South Sudan, from 3rd to 5th February.

The Ecumenical Pilgrimage of Peace to South Sudan, scheduled for July 2022, was called off due to a persistent knee ailment. In a statement released by the Vatican Press, the call off of the twin trip to Africa was at the Doctors request.

In between the three-day visit to South Sudan, Ponfitt is expected to meet with the clergy, and Internally Displaced Persons, together with the Archbishop of Canterbury and the Moderator of the General Assembly of the Church of Scotland, will hold an ecumenical prayer at John Garang Mausoleum at 18:00 on the Feb 4th, 2023.

Welby, as well as the Moderator General of the Presbyterian of Church of Scotland…..’’ He added.

Meanwhile, The Most. Rev. Dr. Stephen Ameyu Martin Mulla urged the government to provide and improve security for the faithful from the states to attend this Apostolic Journey.